2018 has nearly come and gone and we’re ready for 2019! Season 1 kicks off this weekend and we’re looking to forward to bringing in the new year with Tier 3 coverage.

Per the rules for Open Division we require the permission from both teams in order to stream, so you signing up here is our formal way to get your permission.

Q: Where will it be streamed?

Q: I signed up! When do I get broadcast?

A: We are focusing on NA and EU as usual, but would like to cover other regions based on our resources. The signups for other regions helps us know which regions WANT to be covered. To cover all these regions we are looking into working with local broadcast partners who know their regions better than we do. 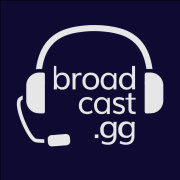