One of the most influential factors to a crisp, quality broadcast is the dynamic between the production team and the on-camera talent. When the interaction between the execution personnel and commentators is that of two separate galaxies (isolated), the final product will be negatively impacted, and the audience will sense it.

The goal should be for the producers to feel that they are, in a sense, also an actor on the stage, and for the talent to feel that they must help push the show forward beyond just the narrative. They would both feel responsible for each others’ success, rather than as individuals. Instead of operating in two separate galaxies, they should aim to achieve total synergy through accurate communication techniques and trust.

In this series, I will describe methods I have cultivated over the course of producing hundreds of live, esports-style broadcasts. I’ve worked with many commentators with all kinds of personalities, communication styles, and levels of receptiveness to coaching. I’ve also spent a great deal of time observing other production teams at on-site events to learn how others establish best practices.

Some of the techniques are simple tactics or language-building practices, while others are more general advice in how to approach building a strong dynamic over time. And rather than dive into methods for various personality types, I will strive to provide ideas that should work across the board. I will also detail the most tricky of circumstances – when a snap decision must be made at their expense.

Topics covered in the series are:
– Learning Their Language – or Building a New One
– Being Clear and Prepared
– Using your Tools to Communicate
– Being Subtle and Polite + Direct and Unafraid
– Coaching Live and at Breaks + What to Save for Notes
– Keeping it Brief
– When you Don’t Have the Answer + Owning Mistakes
– Losing Battles, But Winning the War
– Dealing with Divas
– Saving the Show at Their Expense
– Learning from Other Producers and Industries

Chapter 1: Learning Their Language – or Building a New One

Where and When to Communicate

Depending on the level of previous experience of the talent, you may want to take the time prior to the event to discuss with them directly how they like to receive cues from production, and let them know the tools you have available to communicate with them (teleprompters, preview screens, text channels like Discord or Slack, in-ear, etc). This suggests that you do your research, or ask the event planner to share a bit of background with you on the talent’s level of previous casting experience.

The tech you have available is important to this being a clean, timely practice. If you’re producing on-site, this might mean setting up a monitoring system where they can hear you through a “god mic,” either via a speaker or in-ear piece they wear. For remote production, they would need access to your text-based tools, or set up a way to hear you through their speakers or in-ear via headphones. Some considerations are whether or not they are working with a co-host and how those two voices might compete. Also, if they use speakers because headphones (preferred) are not available to them, ensure that you do not bleed through their mic when you speak with them.

You also need to decide, based on the complexity of the production or their level of experience, if communication while live is important or needed versus waiting for breaks during/pre/post-show. Letting them know where those opportunities to communicate will land within the flow of the broadcast is important to inspire confidence that you will have back and forth at intervals you determine in advance.

People may use different words that mean the same thing because in their past they became used to hearing certain sets of lingo from producers. You’ll need to figure out whether you should adapt to their vocabulary, or attempt to have them adjust to yours. This will depend on hints you pick up during pre-show conversation that inform you as to their level of perceived flexibility -willingness- to accept your guidance. You should be prepared, however, to adapt to what makes more sense to them.

You can even consider keeping a written “cheat sheet” near you with their name and lingo they like near you if needed to remember what you discussed, so long as you don’t feel it would serve as a distraction for you to consult. This is likely an extreme case, but the spirit in the example is that there are all kinds of things you can invent to improve communication if you take the time to think of them.

Some examples of what this may look like in practice:

Example 1: If you’re on location, you might be able to situate yourself in a position where the hosts can see you relative to the direction they are facing cameras or prompters and then use hand signals back and forth when urgent communication needs to happen, like needing them to cue an emergency break, or asking them to attend to another established communication tool that they’ve been neglecting. But this could be ineffective if you haven’t established what those signals mean in advance. Rolling your hands might mean “keep going” to one person, but “wrap it up / move on” to another person.

Other signals can be made more clear by choosing an action that is most likely to trigger only one word or action in their mind. You can make the motion of snapping a stick in half with two hands, which should conjure the word “break” in most people’s minds. The motion of firing a gun with your pointed finger and moving thumb could also be a more clear way to indicate that something has begun like the start of a match, or that an anticipated moment has been “triggered” into action.

If you’re concerned that hand signals would be confusing or ineffective, then don’t use them yourself, but you must be prepared to interpret signals they might send your way without having established the set of signals they might use. Hopefully, they are also being clear with you. Otherwise, you can ask at a break what they meant by it.
You also don’t want to use hand signals so often that you distract the talent and thus compromise the quality of their work. I personally only use hand signals in an emergency.

Example 2: Including time zones in your communications about when things should happen is an excellent habit to get into, especially if you are doing lots of remote production. Having someone arrive three hours too early, or no-showing because they thought they were meeting you hours later than you intended can have devastating consequences.

Setting a time zone that your fellow production staff should consider as standard for any internal communications is also effective. In my company, we have all agreed that times should be assumed in Pacific US, for example. So if I ever forget to add the timezone in my communication, they know what to assume by default.

You can also choose to communicate using 24hr clocks, also known as “military time,” to make it more clear if something is AM or PM. “1300” can be much more clear visually than “1pm” versus “1am.” People make simple mistakes, but those can be costly, so methods to minimize mistakes should always be established when possible. Take the time to learn how 24hr times work, so you can make those conversions in your own head.

Example 3: You may mention terms like “CTA” or “ROS” but you might actually be making a problematic assumption that they already know what such initialisms mean when they actually might not. This could put them in an uncomfortable position of feeling it would be embarrassing to ask you what that means. Talent who are newer to casting events are most likely to have this type of anxiety because to them it could highlight their inexperience.
So before finding yourself in that situation, you should assume at the outset that initialism or abbreviations like these may not be known to all your talent, and start out by telling them something like, “Our first Call to Action starts when we come back from the first break. And for simplification, we’ll just call them ‘CTAs’ for the rest of the day.”

Be sure to check out the next chapter in this series, “Being Clear and Prepared,” coming soon. You can also go to my youtube channel in the meantime, https://youtube.com/c/aranhawaii for some instructional videos on basic streaming tools and tips.
See my production portfolio at https://aran-graham.squarespace.com
You can also follow me on:
Twitter – https://twitter.com/aranhawaii
Twitch – https://twitch.tv/aranhawaii 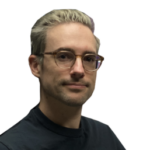 Director of Broadcast Operations for Chess.com 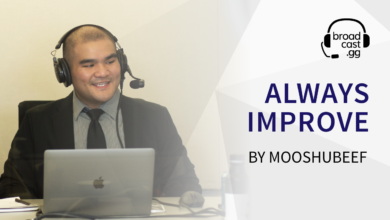