In the 2016 announcement of the Overwatch League, we got a glimpse of what the future of esports could be through the story of KRUSHER99 – a player rising to the top through ranked, causing a buzz, and getting signed to a professional team.

Three years later after this fictional tale, Blake “Gator” Scott made it a reality by battling through the North American Open Division, Contenders Trials, and Contenders and was signed to the Atlanta Reign on a two-way contract, and debuted in 4-0 victory over their Florida Mayhem in their first matchup of Season 2. We sat down with Gator after their close loss 2-3 to the Philadelphia Fusion in week 1.

First and foremost, thanks for chatting with me. How are you feeling right now? I know it was a really close loss for the team.

We’re feeling pretty good. It’s a long season, so it’s just go next, you can’t really hang your head too much on it. At this point we just have to prepare for the next match. That’s where we’re at.

A year ago today you won Open Division Season 1 2018 with Fractal Gaming. You had met everyone on Xbox and came over to PC – is that right?

Pretty much, we made the swap because we wanted to take the game more serious. Because we had played other competitive games in the past, so, a few of us decided we were in for the grind, so we swapped over. This was the first time we actually played anything that was on the game as a team, so I guess we did well, we won it.

Then of course there was a lot of talk – people knew that you guys had come from console and then maybe baited themselves into underestimating your team?

Yeah, we grinded ladder a lot. It started out more as for fun, once we started scrimming top academy teams and rolled them, you know, and then we scrimmed a couple Overwatch League Teams – this was after Open Division Season 2 I think, we did well, so then we started taking it a lot more seriously. We started actually scrimming. So that’s where it started for us.

From that first time you won Open Division, what was going through your mind at the time for you and the team  for how far this could go?

We knew we could do well on that team. We didn’t have any coaches, all we had was pretty much somebody who set scrims up, a manager really, that’s it. And we just found ways to win. We played a weird kind of dive – we always played “bait”, and then the 3-3 came along later. So we just found weird comps and played differently that everyone else. People didn’t really know how to play into it – kinda threw a curveball.

At the time were you even thinking about Overwatch League, Contenders, or were you just playing and grinding? What was the point of it all?

When I saw rosters for Season 1 [of Overwatch League], not to BM, in my head I thought: I’ve pub stomped most of the people in there for the past months, at least the NA players on ladder. I’m sure they’re even better in team play of course, but doesn’t change the fact that individually they still weren’t anything special, at least to me. So I was like, if I put effort in and took the time to grind then, yeah, I knew I could.

At what point did it start becoming real – that Overwatch League could be a place you land? As someone who started in Open Division, battling your way through Trials, and then getting into Contenders itself – when did it start getting real for you?

When we started doing well, I guess. The reason why I swapped a while back was not because it was for fun, I did want to compete with the players on PC – I knew I could. I think I was right. It ended up working out.

When it really felt like it was real was probably a 3 month period where, before anyone got banned, before we could get into Contenders, after we had won Open Division, and everyone got unbanned, there was a period we were doing really, really well in scrims. We were rolling every Academy Team. So then I knew to keep it going and we’d make it for sure.

It was a long year and you were there from the start of 2018 – even Season 3 of Contenders NA 2018 finishing in January of this year with a crazy set against Fusion University – all these things considered, what would you say was the biggest challenge you had to overcome?

Believeing in yourself and your teammates. I think that is really important. A lot of teams break up, especially in that kind of situation where nobody is getting paid, it’s really unorganized, it’s easy to point fingers, so if you can keep a level head, and continue, I think that’s what was hardest for me – to keep to keep a level head, just go next game, and just not give up on it.

To a certain extent, yeah. See, I’ve only made my own teams. The only time I joined a team was when I signed to join [Atlanta Reign]. Besides that, I made my own teams, because, why not? To me, I could pick the players that I know are good and that I know that will do well, so it worked out.

This is the bonus question: everyone’s talking about GOATS. What’s one thing you wish the people knew about it?

So when the patch came out on PTR with Brigitte, I had said— cause I like to come up with a lot of stuff, even now I bring stuff to the coaches. Two out of three get shot down pretty quick, but with one, the coaches say they could see it working, and it gets tested. And half the time from that, it becomes something good and new. Same kind of thing here: I called the exact six heroes and said that it’d be pretty OP to run all those heroes with all the AOE’s. Then it was Moira, but when you mirror, [Zenyatta] is better. Three AOE heroes, and three insane tanks. It was pretty hard to kill.

So I wanted to run it, brought it to the team because I’m not trying to be a dictator and tell them what to do, so I brought it to the team, and they said screw it, let’s do it. Some of the teammates were really behind it and they wanted to run it so it ended up working out. Then just cause you know the heroes doesn’t mean you play it properly, so we molded how it needed to be played, and it ended up being a pretty strong comp.

I remember you guys running it when the patch dropped in the middle of Open Division Season 2. We saw a bunch of teams play around Brigitte and teams said she wasn’t good at all-

Yeah people were saying she was terrible – I do remember that

Then in playoffs you brought it out when quad tank was super popular. We called it “slambulance” with Brig – she’s like a tank right? Eventually it became GOATs when ZP casted it in BEAT Invitational when you won it all… anyway I digress. Do you have a message for all the people out there trying to follow the path to pro?

Be persistent, but have realistic expectations. Don’t expect to win everything at the beginning, you never know. Just be persistent with trying to get better. 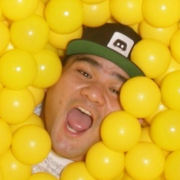 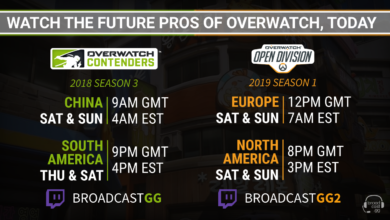 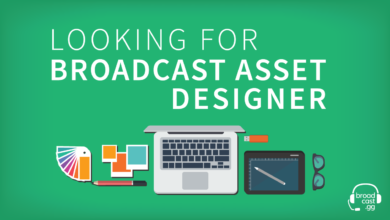 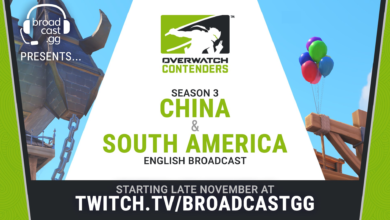 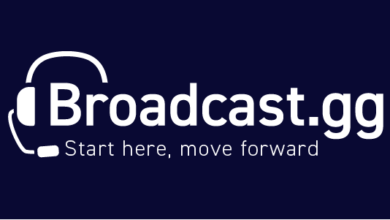